A final High Sierra weekend presented itself and we were on the road at the automobile alpine start time of 4 AM. 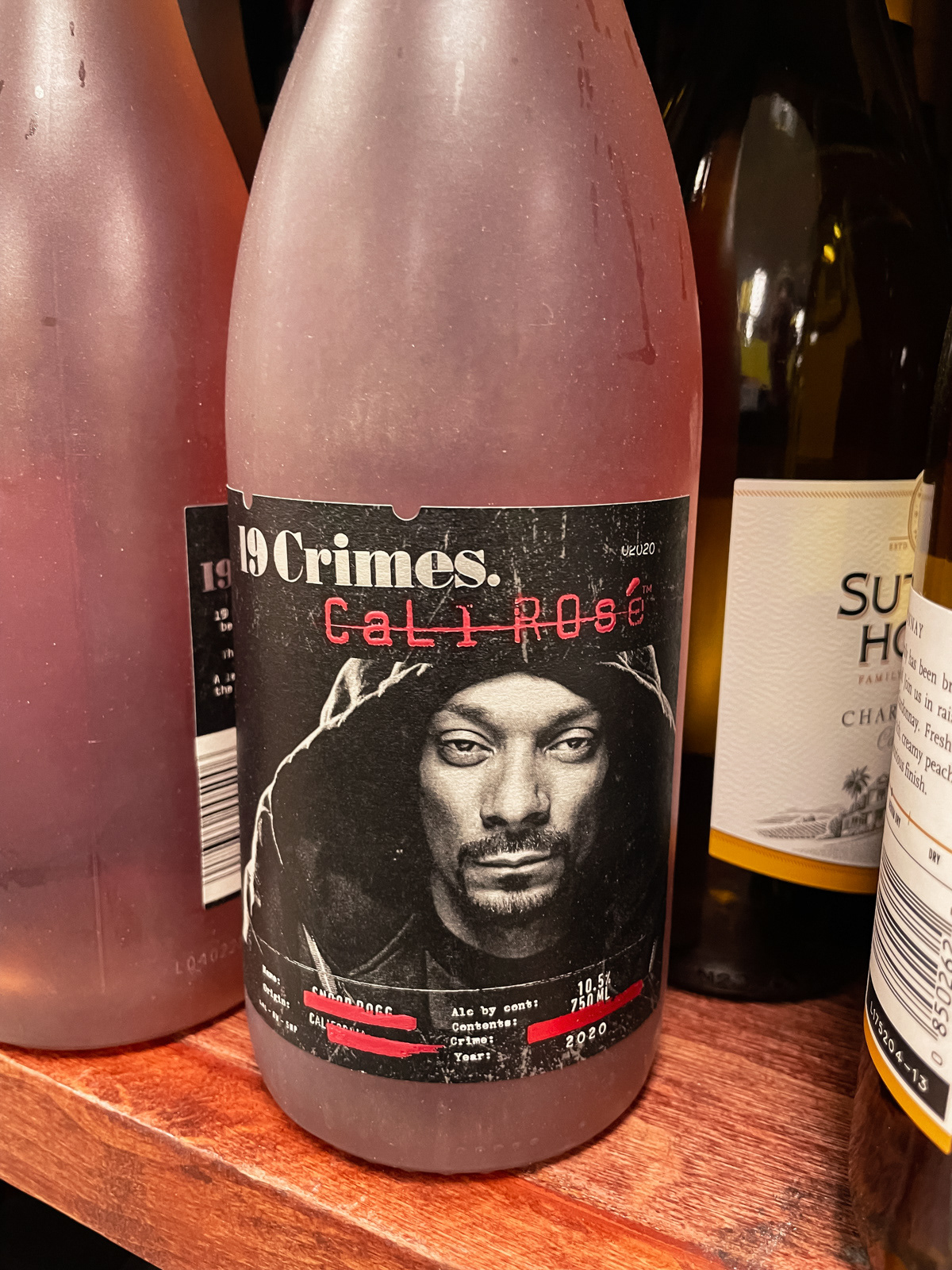 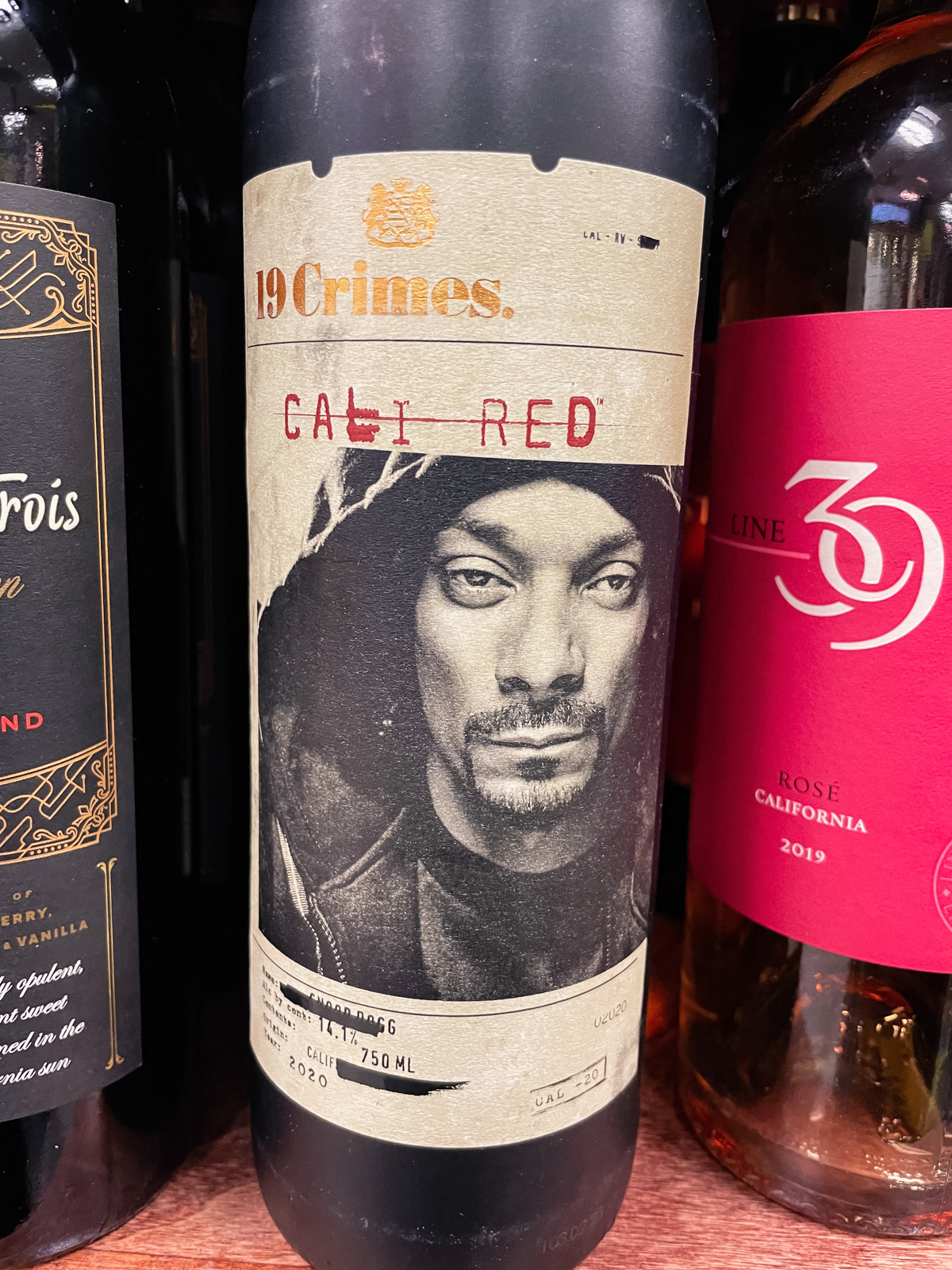 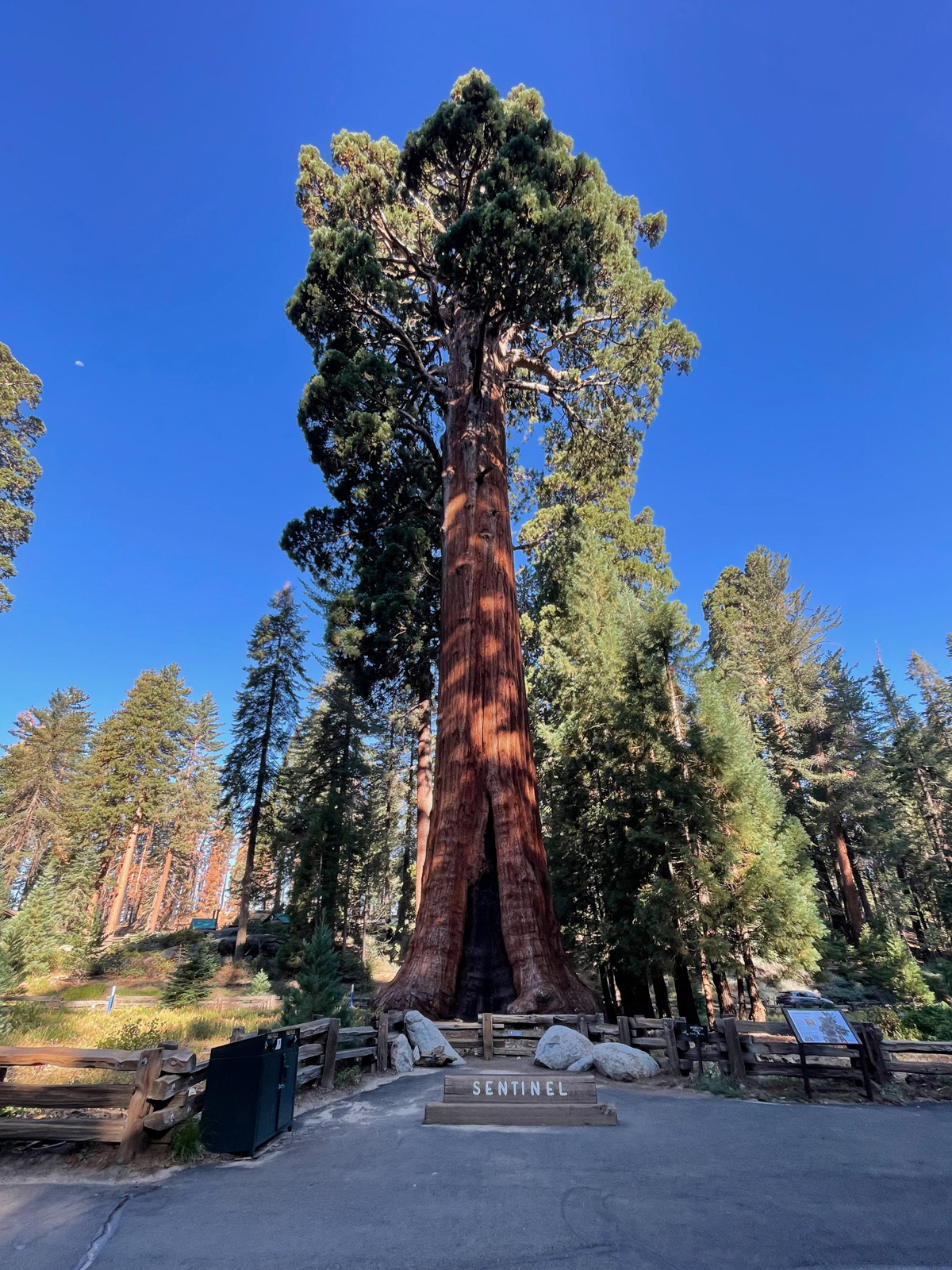 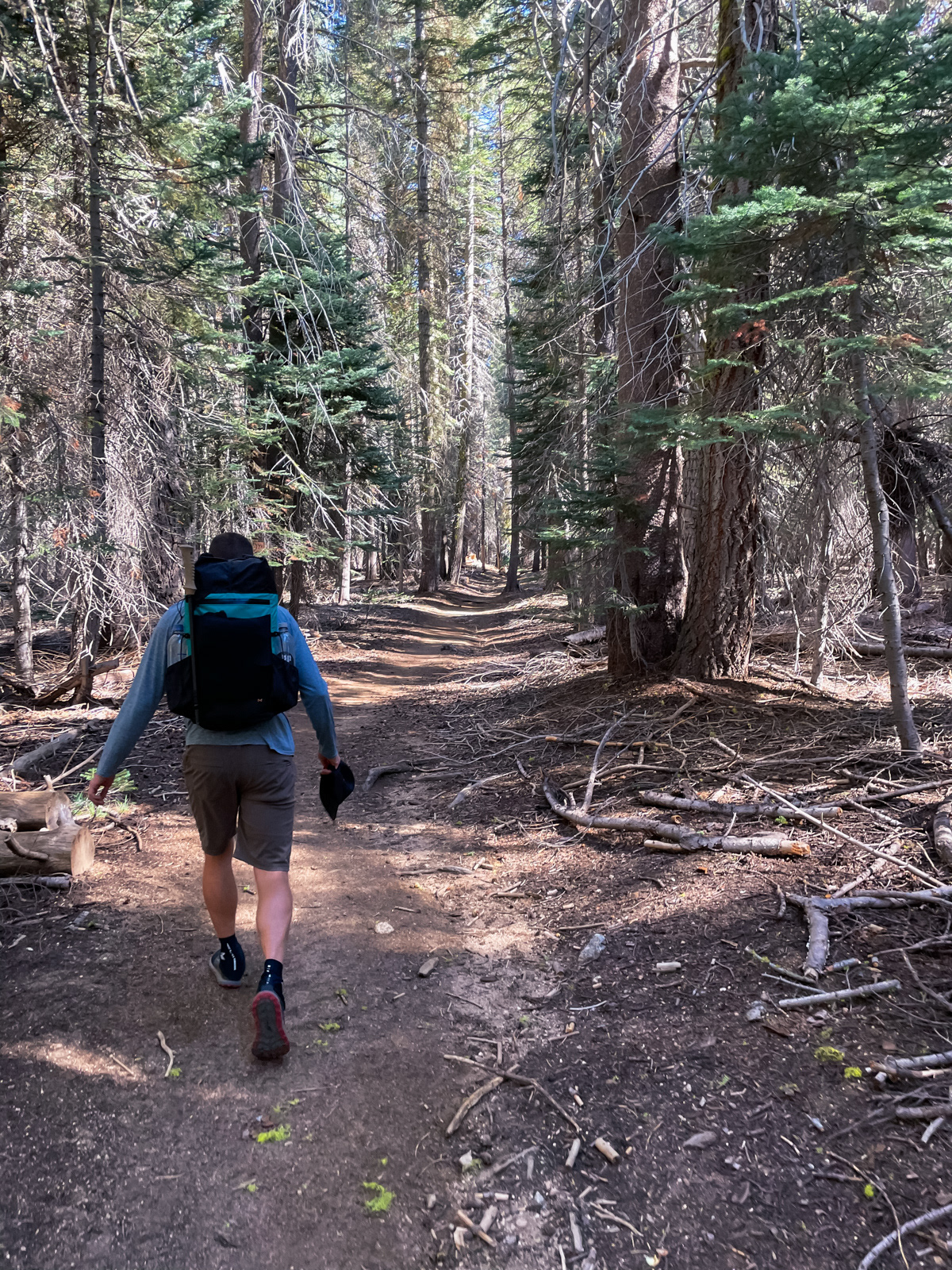 Permit in hand, we parked at Lodgepole and were on our way from the Twin Lakes trailhead.
After passing through the totally packed campground, we didn’t see anyone for two days. Not a single day hiker. No one! That’s par for the course off trail, but was kind of eerie next to a popular trailhead on a Friday.

After a couple miles, my friend took off on a traverse closer to the Silliman Crest. I chose to follow the trail, which I’d never seen, and possibly never would again. We planned to meet up at Ranger Lake in the evening.
The trail wound through the Northeastern edge of last year’s KNP Complex Fire. That was interesting, but for the most part the hike was forested and mundane. The topo hinted that this would be the case, but I wanted to see for myself. And now I have. (Next time it would likely be much more fun to climb the drainage to Little Lakes and follow the Crest to Silliman Pass.)

Still, there’s nothing quite like the perfect smooth brain activity of walking for a long time, and the impossibly well graded trail provided much opportunity. 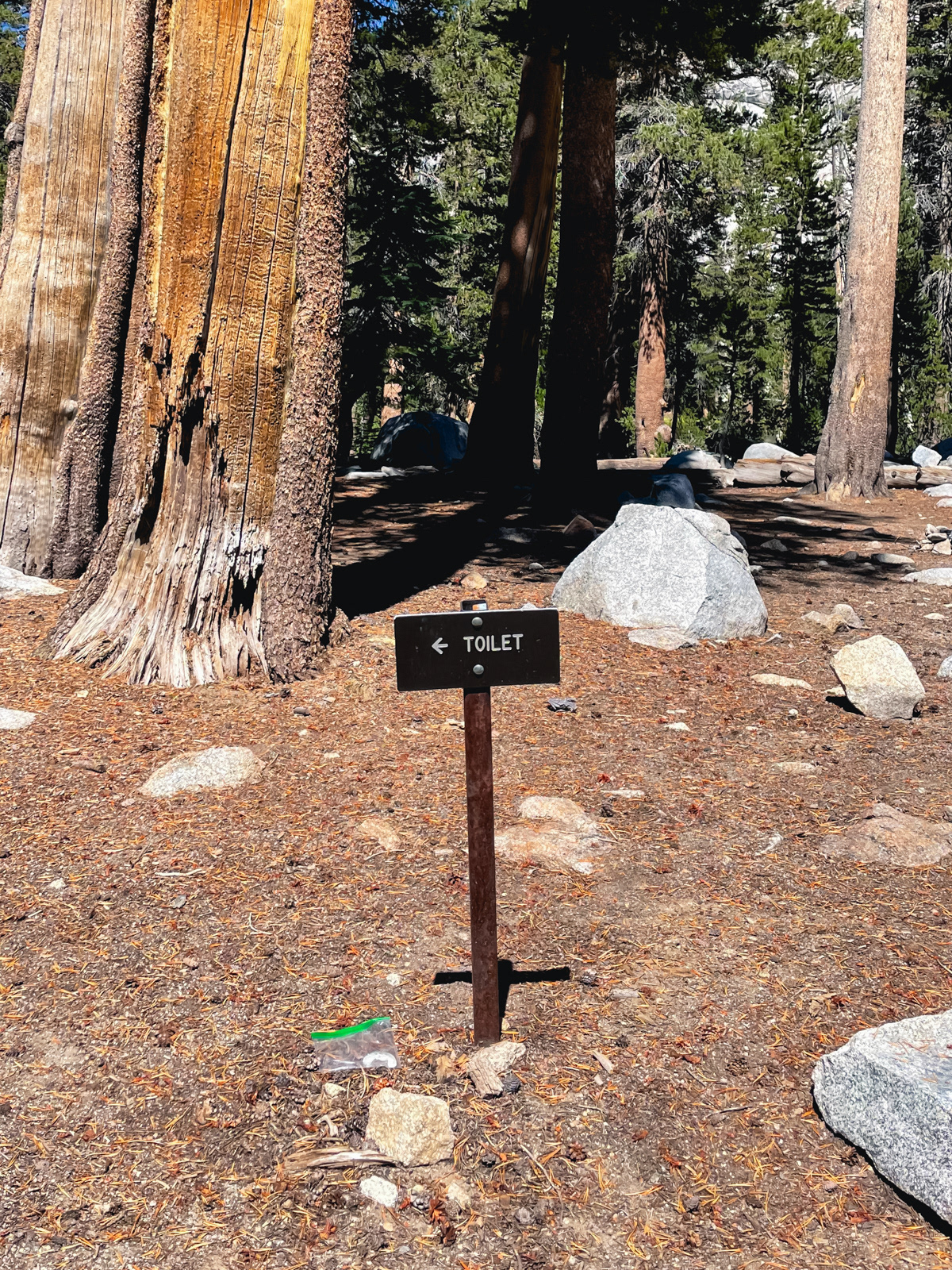 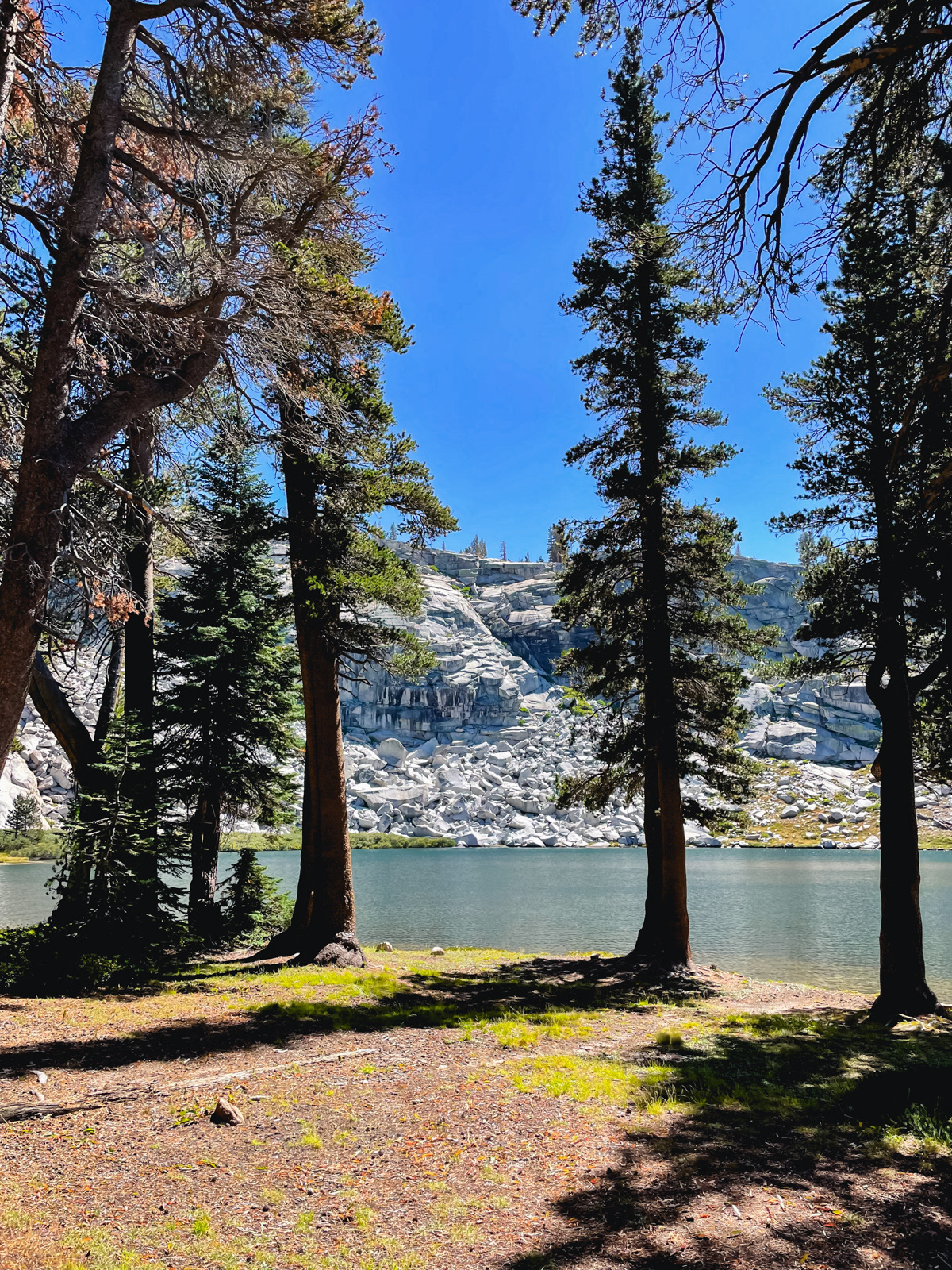 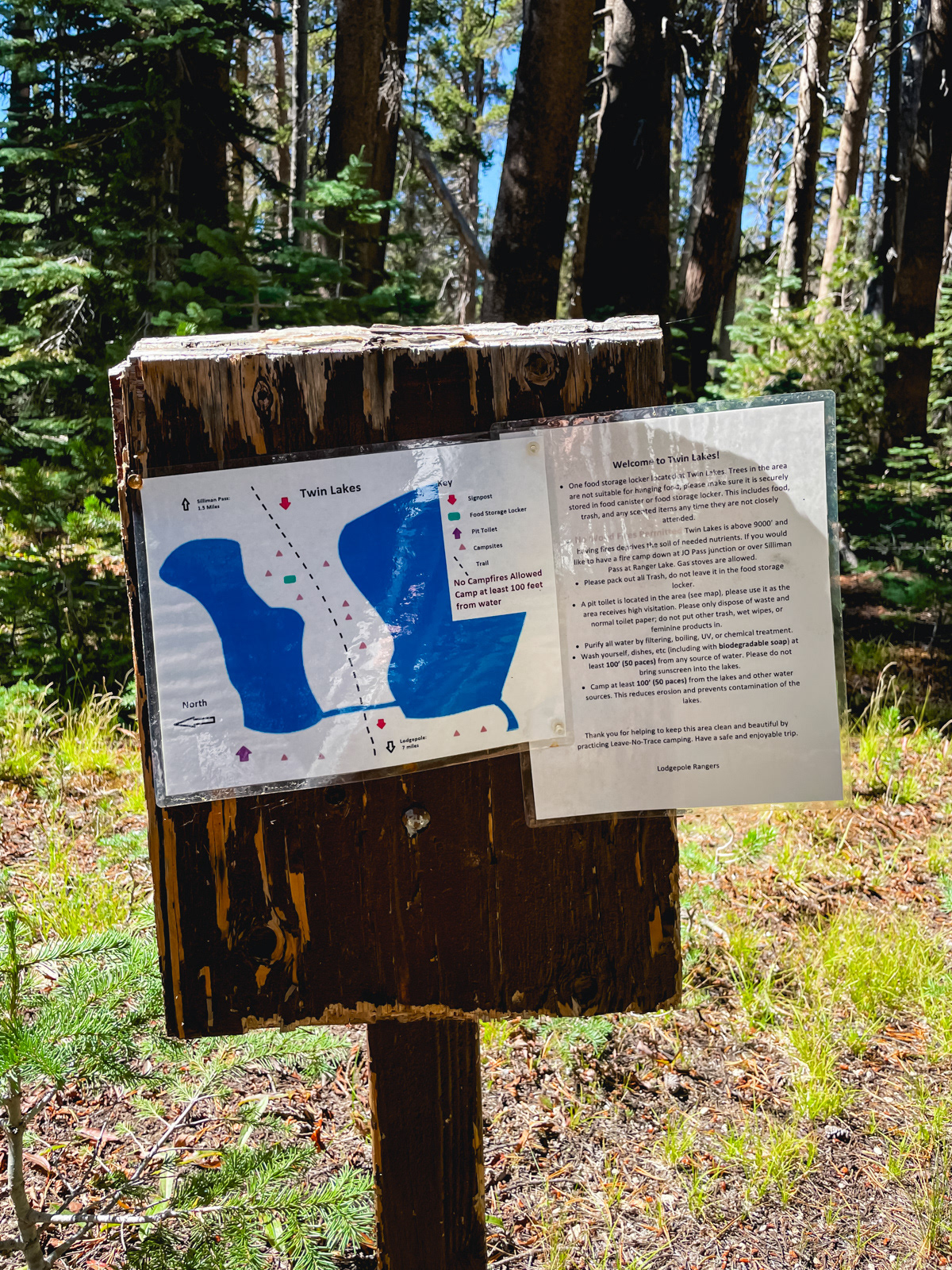 I made it to Twin Lakes, which is apparently impacted enough to have a pit toilet and camping rules.

It was a perfectly nice, forgettable Sierra lake. (It reminded me a bit of State Lakes along the Cirque Crest, 20 miles north of here.)

The final bit of trail up to the pass was so well-graded that it barely felt like climbing: impressive considering that it gains 600 feet over about a mile. The pass itself is reminiscent of Avalanche Pass (just a few miles to the north): broad, flat, sandy, viewless.

But on the far side, the sky cracks open in a 180 degree view towards many of the largest peaks in the Southern Sierra, from the behemoths along the Great Western Divide (top photo) to a seeming infinity of Kings Canyon peaks to the left that I couldn’t name, but possibly as far as 30 miles away to Mount Goddard and Ionian Basin (bottom).
A quick look at the map shows why: Sugarloaf Valley, Roaring River, Kings Canyon proper and the canyons branching north off of the Kings-Kaweah Divide are all uncommonly low in elevation, leaving Silliman Pass with an unobstructed view.

The view south along the Silliman Crest is also breathtaking. It gets really steep near Mount Silliman, but the area by the pass looks like easy, beautiful ridge walking. This is almost certainly a more interesting (and more strenuous) route than the regular trail.

The trail is less clear on the east side, and I lost it a couple times.

I made it to Ranger Lake by 4 PM. It’s similar to Twin Lakes: lovely, but not what you set your 3:30 AM alarm for.

My friend showed up at 5 PM after an adventure of his own. The evening light came on quickly.

Although Ranger Lake is forested, just to the east the terrain opens up and you are once again confronted by the god-tier peaks of the southern Sierra, now wearing evening clothes.

We took our time letting the sun warm us up and were walking by 9 AM. Beville Lake is perfectly nice, but fringed by reeds. The eastern shore looks like a good place to camp based on the topo, but is actually dense with trees, brush and boulders.

The trail dissolved and we were on our own for the rest of the day.

We popped out at the upper of the two unnamed lakes above Beville, with a fine view down a chute to the lower one.

We climbed the rocky ridge behind the lake.

We had more bonkers views back towards Peakville. 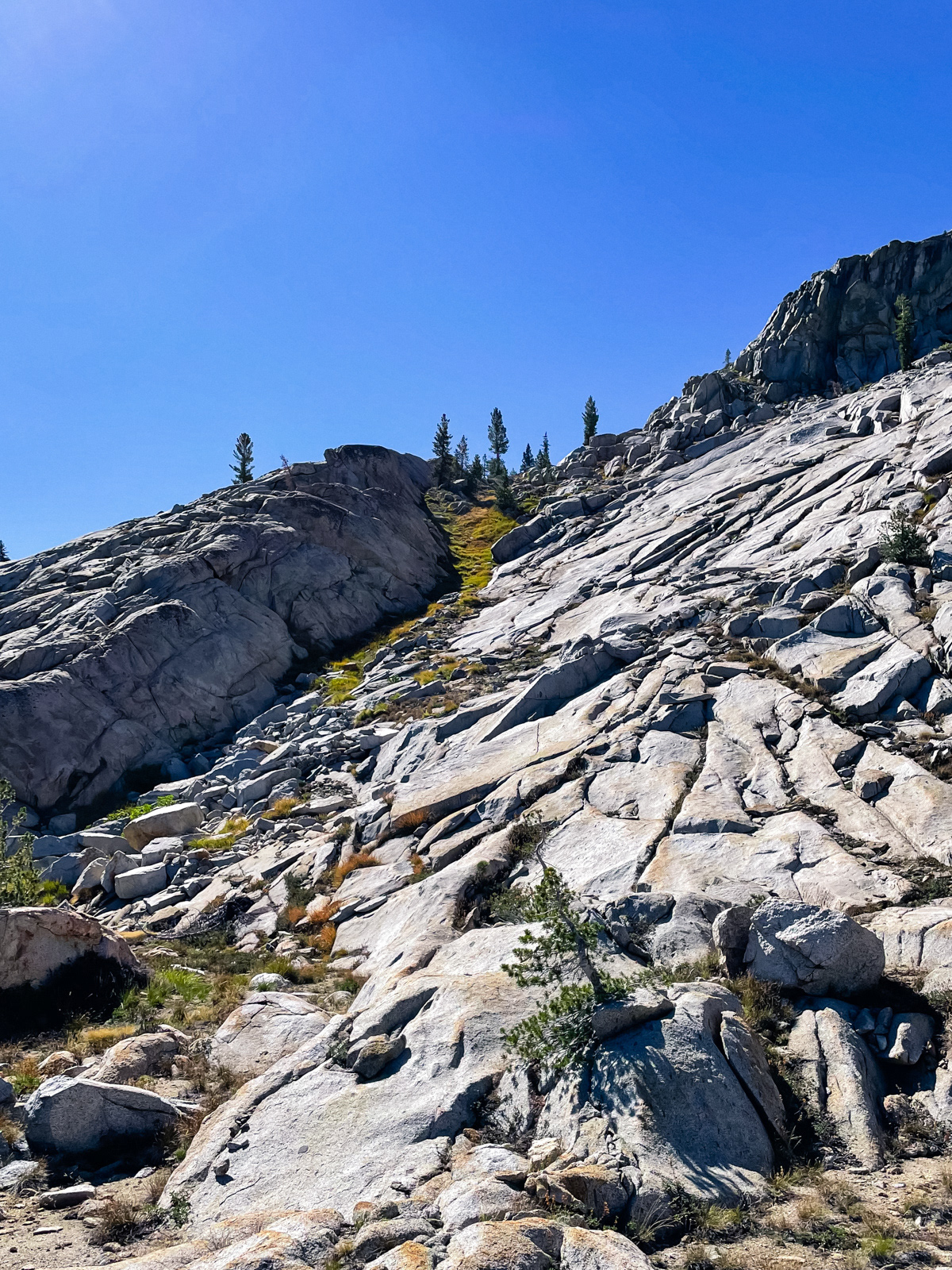 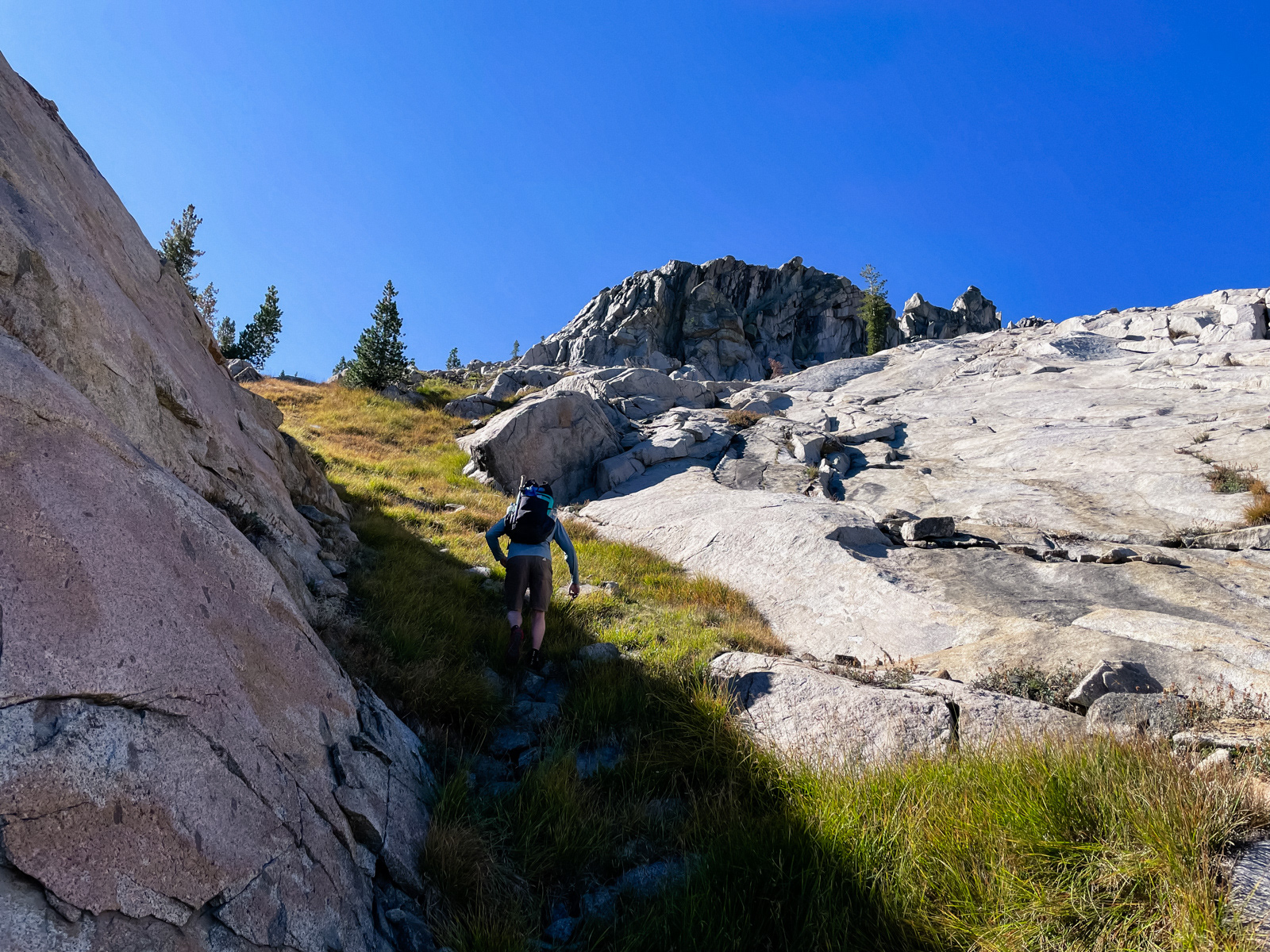 We followed the obvious green chute and landed directly above Crescent Lake. 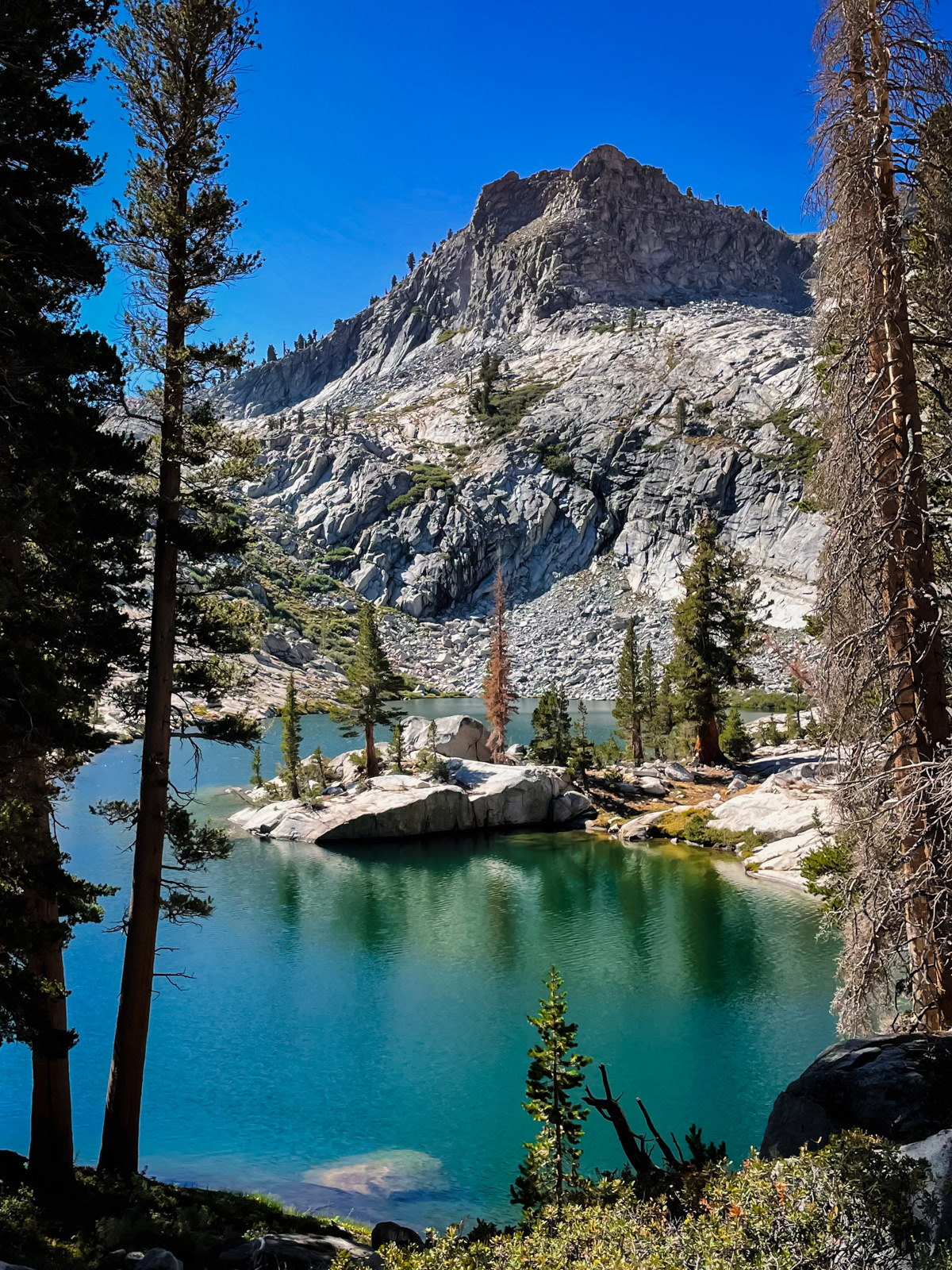 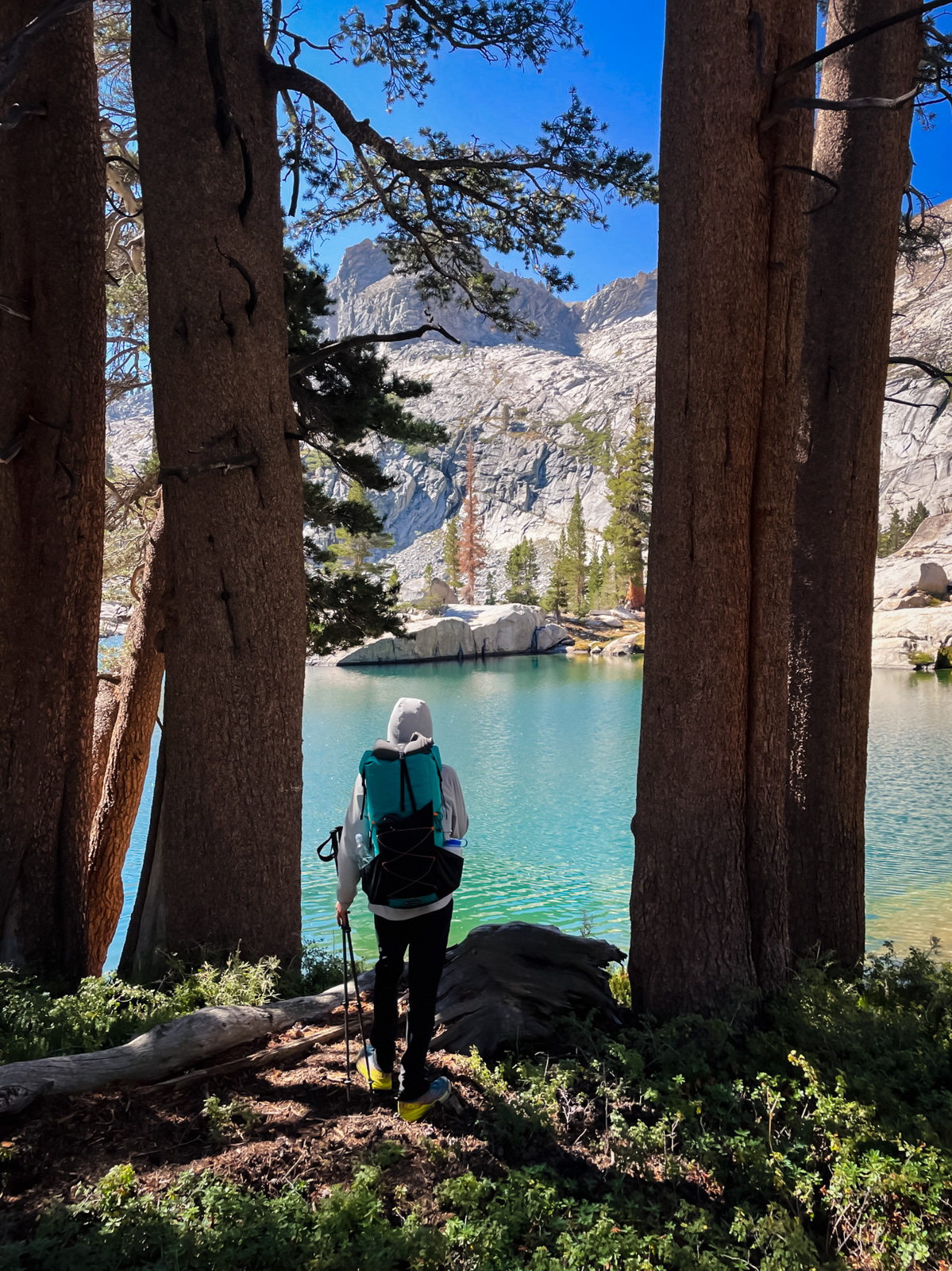 I would love to stay here sometime.

One last view towards the Infinite Ridgeline.

Southeast of Crescent Lake lies the upper bowl of Crowley Canyon, a landscape of pleasingly low angle slabs and a bucolic stream, still puttering along in mid-September.

You simply cannot get enough of the Silliman Crest.

We spent a long time walking to this tree, thinking that it was at the pass. It was not at the pass.

I took off up the last half mile of slabs. The mellow ridge separating Crowley Canyon from the Tablelands has a few possible “passes.” I chose this one, which seemed to me the lowest and most obvious. I got there first, put my bag down and took a long look into the Tablelands on the other side, waiting for my partner.
I came back to the “pass” and looked back down to the wide meadow below. No one there. I yelled my friend’s name. Nothing. Weird? I yelled much louder, my voice echoing for a long, long time off of the many cliff faces, followed by silence. I did this for a couple minutes.
Ugh. My mind started to race. I was yelling my head off, but nothing was coming back to me. I considered that if he couldn’t reply, he might be badly injured. This was bad. Was this bad? Maybe this was bad!?
I scurried the half mile down to where I’d last seen him, by the tree that was not actually the pass. The terrain was easy slabs and some boulders – not an obvious place to gravely injure yourself. In my last photo of him, he looked to be walking southwest: had he chosen a totally different route across the ridge? It looked more gnarly that way and he did like to challenge himself. Was he injured somewhere in the boulders over there?
My mind ran over the possibilities but nothing really added up. Every minute or two I’d yell his name as loudly as I could, and it would return back to me in its beautifully chaotic decay. In another context, I would have been captivated by this: nature’s coolest delay pedal. But not right now. I blew my whistle a couple times (which is punishingly loud in the blowers ear, by the way).
This was definitely bad. It had been thirty minutes. I was sure he could hear me, so why didn't he respond? When does one actually hit the SOS button? Not yet but… when? I had to admit that I had no idea. I'd imagined that bad situations in the mountains would present themselves far more clearly: my partner has broken his leg, so we hit SOS. But this was not that. This was ambivalent silence.
Eventually I turned and walked back up to the pass.
And there he was, standing on top of the ridge, waiting.
He’d gone through a different “pass” a couple hundred feet east of my own, and then walked into the Tablelands to check it out. He must’ve passed through the meadow in that minute or two when I wasn’t looking.
He’d heard a couple of my yells, and yelled right back into the void, and even used his whistle. In retrospect, I actually had heard one of his replies, but it had sounded impossibly far off and higher pitched: like a woman that was miles away. It was instructive – not to mention chilling – to learn just how useless screaming your head off can be in wide open spaces like this.
But here we were, together again, the “emergency” solved. In retrospect, we’d both made a mistake or two in how we'd handled the situation, but I was again reminded just how easy it is to get caught in a weird situation out there.

We came upon a mylar balloon near the pass. It’s amazing how many of these make their way up here.

Looking west towards Lake 10,410 or as the ranger referred to it: Butthole Lake.

The views from the Tablelands are astounding. Architecturally, it’s like an inverted basin: instead of a traditional Sierra basin that is nestled beneath a U-shaped ring of mountains, here it's like the floor of the basin was thrust up and became the mountain itself. You’re walking on a relatively flat table top, but are the tallest thing for miles (especially where we were, on the northern end).

The spires and cliffs at the head of Box Canyon are wild.

The forecast was for clear skies, but clouds were starting to build rather dramatically, especially over Silliman.

The Tablelands is one of the worst places you could be caught out in a thunderstorm: entirely exposed and often the tallest thing around.

We crested a rise along the divide, and the high point of our weekend: around 11,300 feet. We were greeted with what I’d consider the “main” part of Tablelands. Lake 10,559 is at center, the small canyon holding Table Meadows is in shadow to the right, with the swooping figures of Big Bird Peak and the eastern edge of the Tablelands rising behind. Perspective is skewed in such open terrain: that lake is almost a mile away. 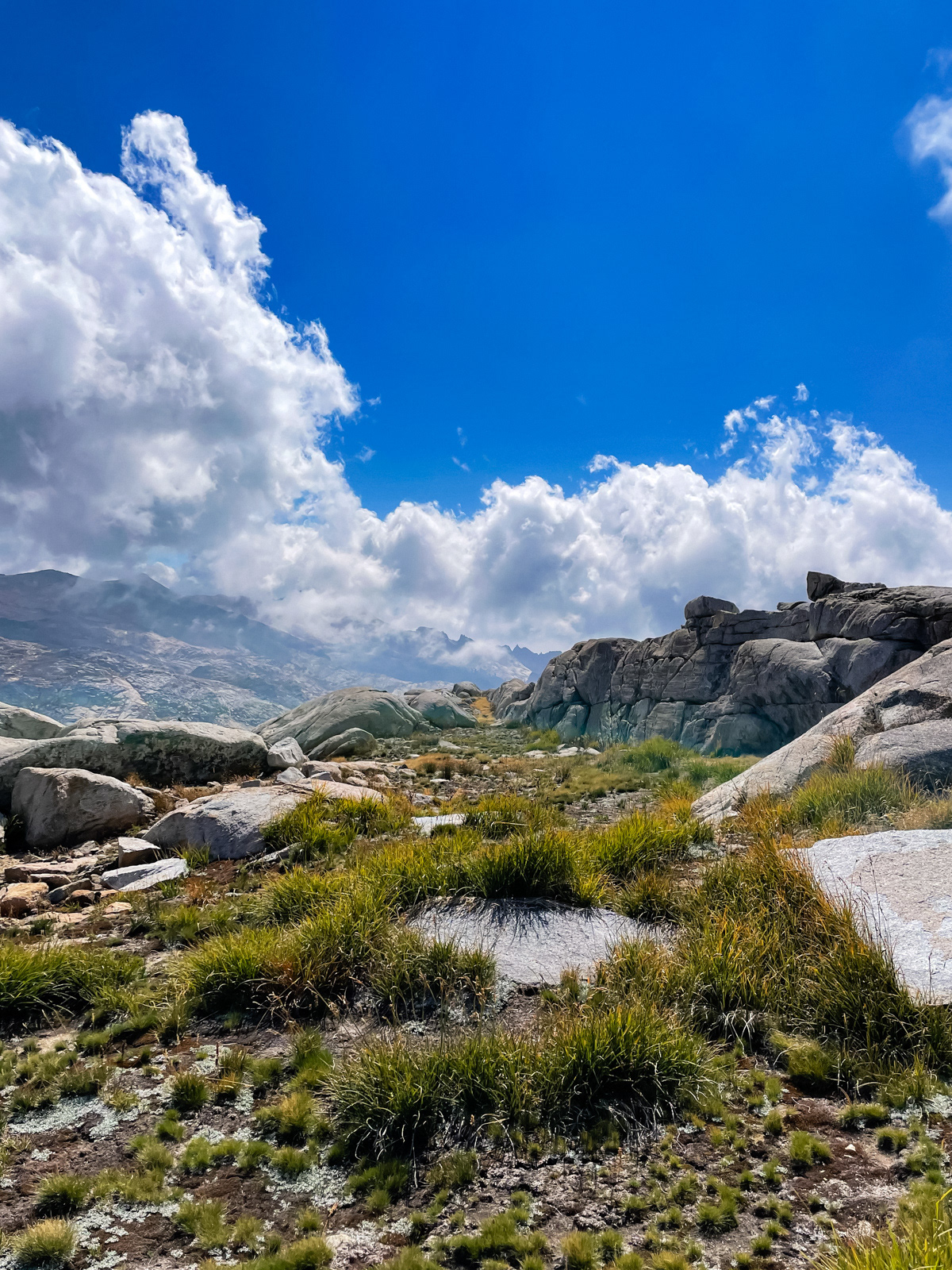 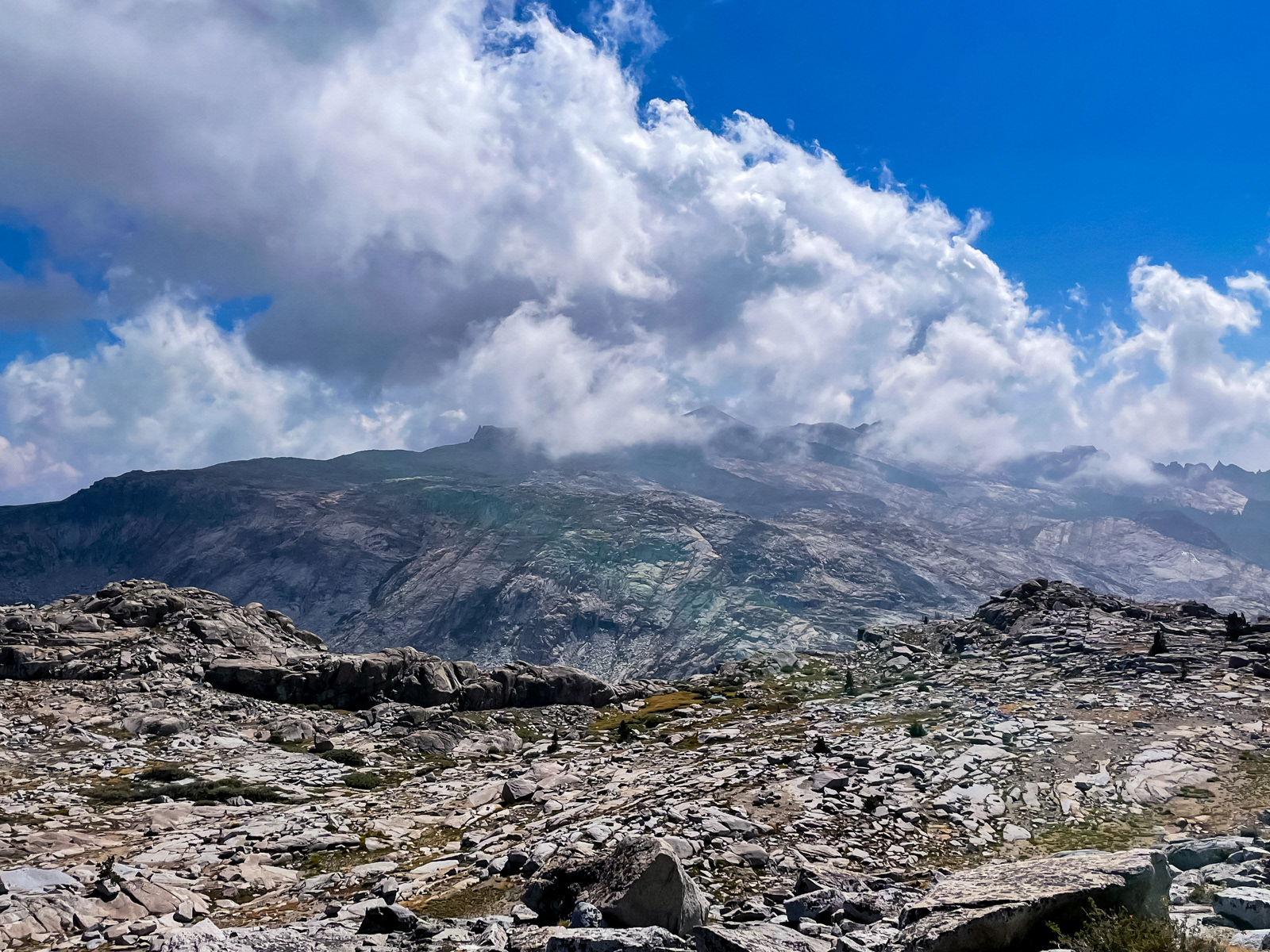 We dropped down over easy terrain to the lip of what the topo said was an easy grade, but looked (as it often does) like a cliff.

We descended to Table Meadows and wandered downstream: modest brush, boulders, slab. After our short afternoon in the relatively barren Tablelands, this mellow canyon at the headwaters of the Kaweah River was warm and inviting.

DCF boys making it work in the land of granite.

The Marble Fork (a great name) was running low and slow.

Clouds and mist clotted the serrated peaks behind Pear and Emerald Lakes.

We took a moody evening walk to a knoll overlooking the Watchtower and Tokopah Valley.

Overnight the wind picked up, and with it some smoke, which smelled surprisingly strong. Neither of us slept very well, but the morning light was nice.

We were walking by 7, hoofing it through the cold morning in most of our layers to the top of the hill above Pear Lake.

At Pear Lake, we saw our first people since Lodgepole.

The morning was cool and overcast, and we had the extremely popular Lakes Trail almost entirely to ourselves. 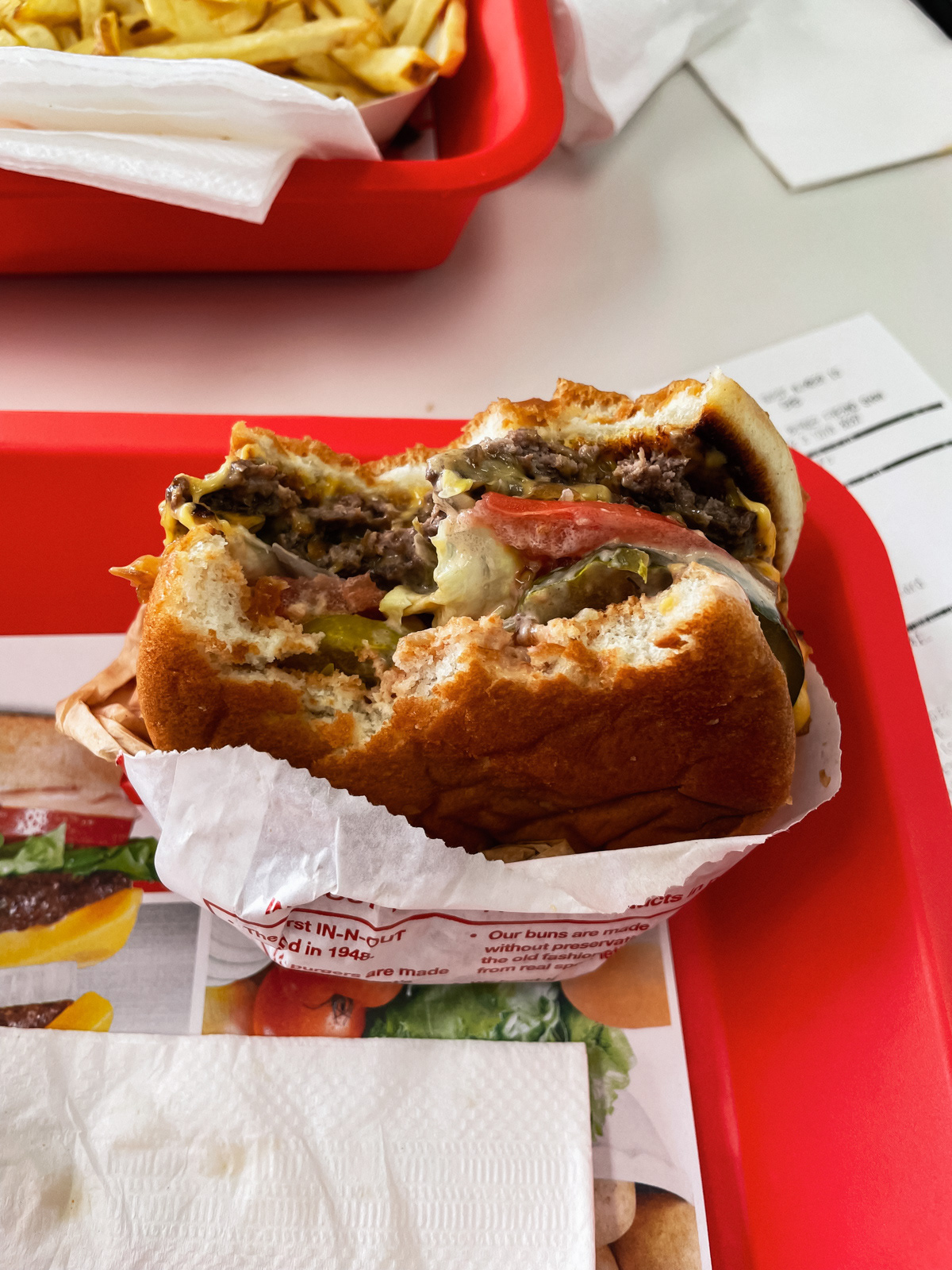 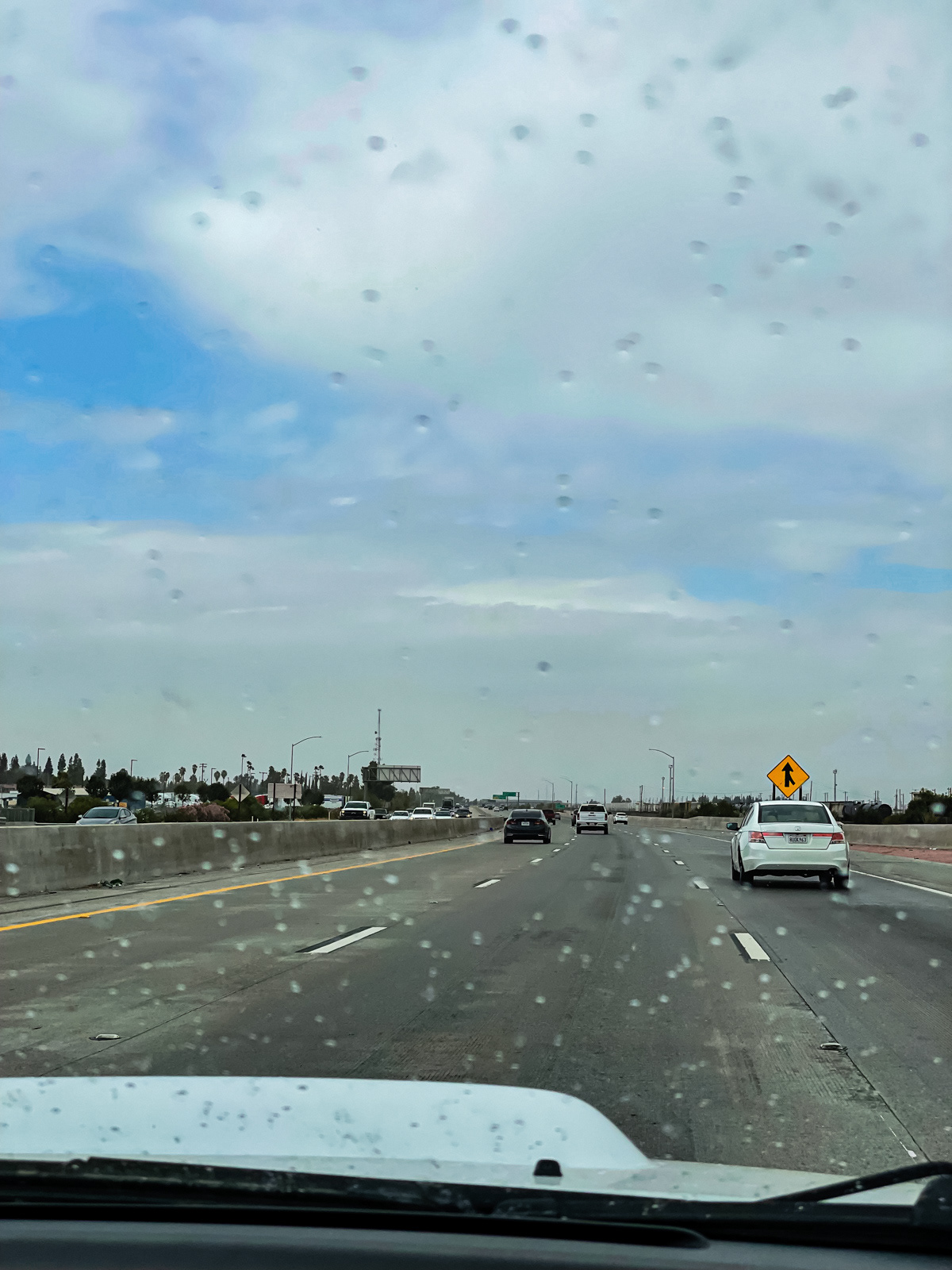 Soon we were back in the forest with a bear sighting. And then cars, highways, a rare burger (my first in years) and an even more rare September rain in the Central Valley.
↑Back to Top